Pokémon GO is continually making the news and attracting a lot of players. However, most of these players are new to massively multiplayer online augmented reality game or MMOARG. To help the community, it is important that we set everybody’s expectations.

On this post, I will answer the questions that I have seen asked frequently and set the expectations of the new players in the MMOARG space.

Niantic announced in their Ingress Report back in October that Pokémon GO will go into closed beta in the coming winter. Many assumed, and rightly so, that it will be this December 2015. The reality is, that is a maybe. 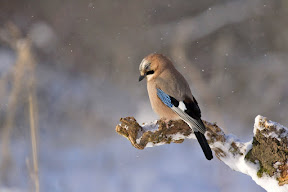 Winter in most countries in the northern hemisphere is from mid-December to late-February. Ever heard of the “winter solstice”? In most European and North American countries, even in East Asian countries, the winter solstice marks the beginning of, well, winter.

This year the winter solstice is on the 22nd of December. That’s the tradition. Officially, winter is declared by a country’s meteorological agency if snowfall reaches a certain amount per cubic meter. But for the sake of the vague “winter beta”, since it’s a marketing language in this respect, the Winter Solstice is the best fit.

Likewise, an “early 2016” release could be anytime from January 1, 2016 to March 31, 2016. It usually means the first quarter of the year. The only catch, the months of April and May are, to an extent, also considered as “early” (with June to August considered as “mid”). 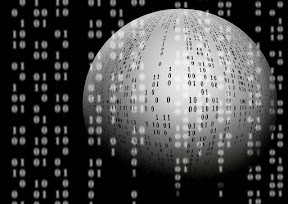 In my previous post, “Pokémon GO Features to Expect“, I mentioned the possibility that there will be exclusive Pokémons in certain areas. This means that we need to buy a SIM card and pay for the Internet service whenever we visit another country, unless you are willing to pay the expensive roaming charges offered by mobile networks.

If this is not an option for you, for whatever reason, I’m sorry to say but this perhaps not a game for you.

Q: Do I need to go outside and walk?

It is a must. Pokémon GO is an augmented reality game. The game’s world is inseparable with our real world. Putting it another way, our real world is the game’s playing field.

If you are not willing to do that, if you find it a hassle, I’m afraid this is not the game for you.

Q: This means I need GPS too?

Obviously, because the game needs to know where you are, especially if there are Pokémons exclusive to or more frequently shows up in one particular area.

Q: My privacy! I do not want anyone to know where I am!

Simple. Do not play this game.

Q: Fine. I understand I need time and money then?

Yes and yes. First, you need to be capable of paying for your own mobile Internet access. Second, when you go out in the world, you need to drink a lot and eat too. Third, you will travel a lot, going to places you have never been before.

If you want to visit another country to catch that Pokémon, you also need a plane ticket, a place to sleep, buy a local SIM card and pay their Internet service.

Pokémon GO, just like Ingress, is an investment. To progress and enjoy this game, you need to have a lot of dedicated time and money. If you cannot find the time to play Pokémon GO, if you do not have the means to support yourself when you go out there and find those Pokémons, then you will get stuck in this game.

If you plan on getting serious with this game, take this into a (major) consideration.

Q: But I’m just a kid! I don’t have my own money, Internet, and I’m scared out there!

Sorry kid, but this is definitely not the game for you. Pokémon GO is a game for adults.

Q: But… but… I want to defeat this game! I defeated all Pokémon games ever released! I have a reputation at stake!

Hey kid, sooner or later you have to face the reality and this is the best time as ever: grow up, earn money (start a business or get a job), learn what real-life really is, then and only then you should consider playing an MMOARG.

Your other option is to convince your parents and/or guardians to accompany you whenever you want to play Pokémon GO. The number one (1) priority when playing an MMOARG is safety and security, I cannot stress that enough.

A lot, here are some of it:

Those are what I can think of. How you can ensure your kid will not go anywhere with their friends will depend on you, the parent/guardian. I don’t need to remind you that when you and I were kids, we did very stupid things, not thinking of our safety and security was at the top. How much more today when kids have more compelling reasons to do so, like catching a Pokémon that only shows up in particular areas or to meet other players to trade with?

Lastly, as a long-time augmented reality gamer (there are other MMOARGs before Ingress), the dangers are real and can come from anywhere, anytime. Protect your kids. Ensure that when they play Pokémon GO or any MMOARG for that matter, that they are with you.

Even us adults take extra measures and still fall victim to an incident (or worst, accident), we cannot expect kids to have the same level of precaution and preparation.

To kids, I know you hate hearing this but for your safety, listen to us adults, especially us with experience in MMOARGs.

Pokémon GO, Setting Expectations by gameshogun™ 🎲 is licensed under a Creative Commons Attribution-ShareAlike 4.0 International License. Permissions beyond the scope of this license may be available at Legal Notice.

New to Augmented Reality Games like Pokémon GO? It may or may not be what you think it is, so let's set your expectations straight on this post.