What a blast! The nVIDIA® GeForce® Day held at the 3rd floor of SM North EDSA on the 21st of July was jam-packed despite the very bad, stormy weather. Not only that, everyone who attended the event were in high spirits, no gloomy day can quell their desire to take home an nVIDIA GeForce 600 series card for free! 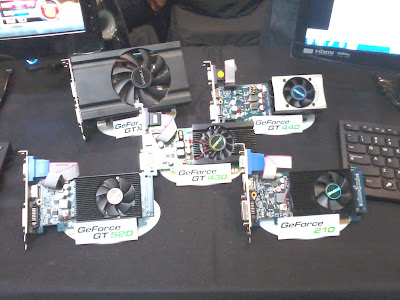 The day opened with instant nVIDIA® GeForce® GT 600 series card winners. Attendees who were able to take a seat were asked to look under their seats for the lucky nVIDIA sticker. Right there and then, people won – was it 10? I can’t remember because it was fun! (And silently, I was wishing I arrived two hours earlier…) 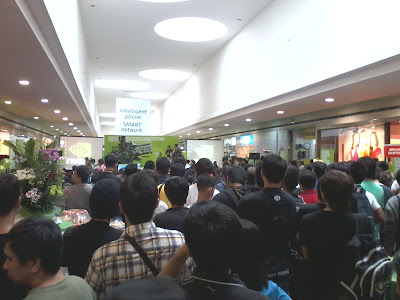 A short talk about nVIDIA’s newest series was presented by Country Representative for the Philippines, Mr. Glenn Paul Serrano, showing us the newest technologies and enhancements that is in the 600 series, like:

nVIDIA partners also had their presentations championing what’s unique with their respective brands. First was msi™ followed by inno3D, then Palit®, Sparkle, ASUS®, and manli. Each of them gave away GeForce GT630, GT620, and GT610 to those who were able to answer their questions correctly. 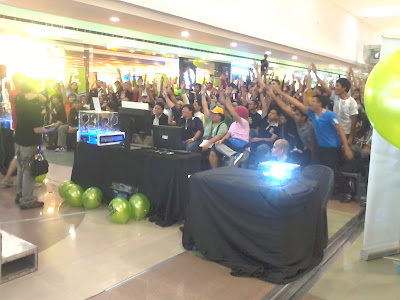 For example, MSI asked who can tell them which nVIDIA brand is the best and like most. ASUS asked which is the globally award-winning, top seller, most advanced nVIDIA brand ever. Correct answer gets a free nVIDIA GPU card, that’s how fun the questions were – literally a give away because if you listened to their presentations, you should know the answers. 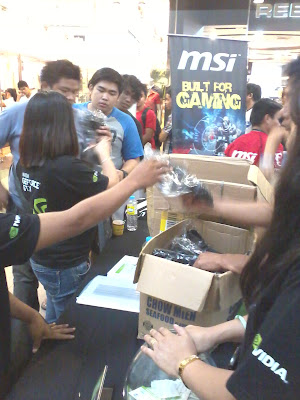 Also, the first 300 early-birds got a free nVIDIA t-shirt, which again I wished I arrived early, I would proudly wear it (being a gamer myself) if I had one. At the end of the event, around 6:20 in the evening, what’s left of the 107 free nVIDIA GeForce 600 series cards were given away as prizes for trivia questions, raffles, and special awards. Yes, 107 GPU cards were given away on that day. 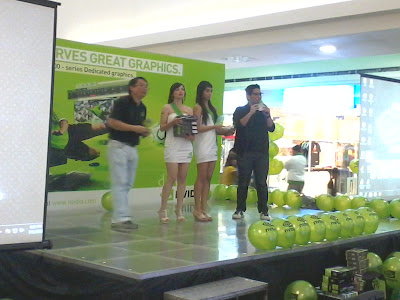 Though not all attendees went home with a new nVIDIA video card, the event was fun and memorable for all. It is not everyday that we see such an event where they give away GPU cards! Although, the guests should have taken the trivia question about Blizzard‘s World of Warcraft but they rather have the question changed to a non-online game. (And I was telling the guys around me to go for it, I’ll tell them the answer!)

Good job to the organizers, to nVIDIA Philippines, and the event’s six (6) partners that made it all possible. Thank you too for the free Manli nVIDIA GeForce GT630 and GT620.

Disclosure: The author, JC John Sese Cuneta, received a free Manli nVIDIA GeForce GT620 as a blog/blogger participant. He also won in the raffle and got a Manli nVIDIA GeForce GT630. This post was the author’s honest opinion based on what he experienced and saw during the event, and was in no way influenced by the gifts/prizes.

Note: Feel free to contact us here for corrections and other inquiries. Thank you.

Article Name
Great Experience and Free GPUs at NVIDIA GeForce Day!
Description
The nVIDIA GeForce Day was a huge success in the Philippines despite the very bad weather. Check out these photos and rundown of the event!
Author
Yuki
Publisher
gameshogun™

Great Experience and Free GPUs at NVIDIA GeForce Day! by gameshogun™ 🎲 is licensed under a Creative Commons Attribution-ShareAlike 4.0 International License. Permissions beyond the scope of this license may be available at Legal Notice.